What ‘TYPE’ of business are you running?

“Words have meaning. Type has spirit. The combination is spectacular.”

If you’ve been following my blogs you’ll have realised by now that there is a lot more to branding than just a snazzy logo (although the snazzy logo is SUPER important!). When it comes to branding the devil is in the detail, and one of the most important details is the font (or fonts) you use in your marketing. At first glance it seems like a trivial thing: just use Times New Roman right? Isn’t that a good catch all font?

In fact, the font you use has an amazing impact on your branding (and I’m afraid Times New Roman just might not cut it!). Successful companies use fonts to great effect, to the extent that they become recognised for a certain font, or even have a specially created font named after them.

Consider, for example, the Disney franchise – they use typography that is instantly recognisable, and uniquely theirs. Similarly, the Harry Potter logo is heavily reliant, not on graphics, but on the font.

If you scroll through the pre-set fonts on your PC you’ll find one called Blackadder: it’s actually named for the BBC sit com, specifically the second series, set in Elizabethan England. The designer, Bob Anderton, actually based the script on the signature given by Guy Fawkes after his arrest, and made it deliberately ‘shaky’ to convey a sense of the theatrical!

So this, like the Disney typography, was designed to evoke very specific emotions and convey the essence of the brand for which it was used. These are examples of fonts being used to good effect, but what about the opposite?

Believe it or not, one particular font has been the subject of so much vehemence over the years, that it actually spawned an online movement: bancomicsans.com was created by a couple who likened the use of the font to “showing up at a black tie event in a clown costume” – in the early days of home computing Comic Sans was used to lend a jaunty ‘handwritten’ effect to marketing, but has been so overused that it’s become something of a cliché. This is particularly the case for businesses that want to appear high end.

So you see, the fonts you choose for your business are extremely important, but how do you narrow it down when you’re starting out?

First of all, it helps to know that fonts can be broken down into five basic types:

Serif fonts, such as our old friend Times New Roman, are traditional ‘typewriter’ type fonts – straight forward and easy to read, with flourishes at the edges called ‘serifs’ (feet). They are classic and classy, and evoke a sense of trust and quality.

Sans Serif fonts, such as Arial, are more minimal than traditional serifs, having done away with the flourishes. They’re clean and very easy to read, making them an excellent choice for body text, particularly on dark or patterned backgrounds.

Script fonts, such as Forte, are flowing and pretty, almost always italic, and are great for conveying a sense of elegance. They’re popular with people in the beauty industry and are extremely varied, so there’s something to suit most people.

Handwritten fonts are the less clunky children of Comic Sans. Fonts such as Just Another Hand are fun and quirky, and popular with companies that cater for children. Be careful when choosing a handwritten font: the right one can bring much needed levity to a brand, but the wrong one can just look cheesy.

Finally, decorative fonts such as Chocolate Dealer are distinctive and dramatic. Start googling these fonts and you may never stop, but there really is something to suit every brand. It’s best to bypass the pre-set fonts and look for something online with these, as you minimise the chances of looking like other companies.

Once you’ve chosen your fonts you’ll need to pick colours (for example, if your brand colours are quite pale you might want your typography in dark grey instead of black), weights (ie size and thickness) and designated usage (will this font only be used in the logo, or only in body text etc).

You can then enter all this into your brand style guide so that if you need to outsource your design to a third party, they’ll know exactly how to keep you on brand.

Remember, fonts say just as much about your business as graphics, so it’s worth taking the time to get it right. 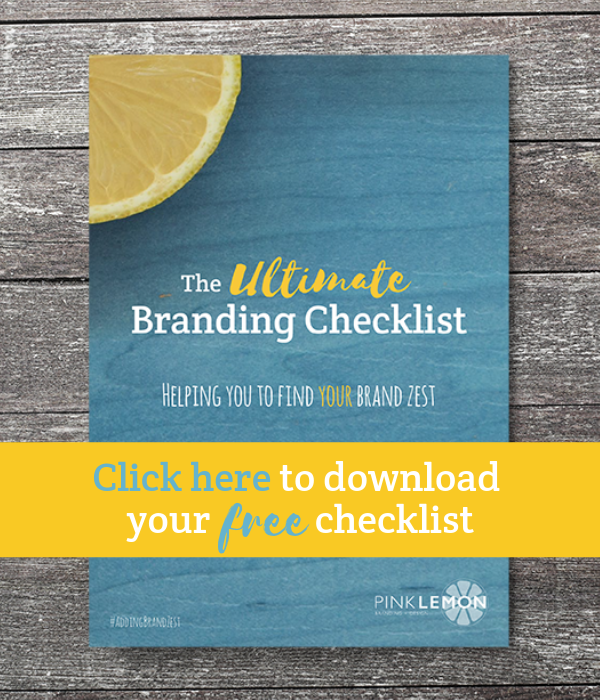